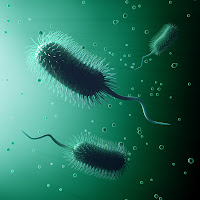 A 2011 study demonstrates that very low concentrations of colloidal silver produced “pronounced antibacterial effect” against six well-known and potentially deadly disease-causing microbes, and even against one microbe used to simulate anthrax in germ warfare tests.

What does this mean to you?  It means colloidal silver can help protect you and your family against six of the most common disease-causing microbes known to man – microbes that produce millions of infections and hundreds of thousands of deaths every single year.  What’s more, colloidal silver may well protect against deadly germ warfare pathogens, as well.

Read my short article below to learn which well-known – and sometimes deadly -- disease-causing microbes have been clinically proven to be eradicated by colloidal silver in lab studies, even at extremely low concentrations, and why this information is so important for you to know…

In a clinical study published in the Digest Journal of Nanomaterials and Biostructures, researchers from the Metallurgical and Material Science Engineering Department at Dokuz Eylul University in Turkey documented that colloidal silver demonstrated a pronounced antibacterial effect against seven pathogens.

The seven pathogens tested were:

One of the most interesting aspects of the above-linked study, for me, is that the researchers correctly refer to silver as a "noble metal," rather than a "heavy metal."

The term "noble metal" is the correct scientific nomenclature for silver.  After all, silver is in the same family of metals as platinum, palladium and gold (all noble metals) and NOT in the family of metals such as mercury, lead, cadmium, cobalt and arsenic, which are known as the "heavy metals".

Unfortunately, unscrupulous groups and individuals who are known naysayers of colloidal silver continue to refer to silver as a "heavy metal" – this, as a sensationalistic means of scaring people into believing it's a cumulative toxic poison, when it is not.

Another interesting thing is that the researchers in the above-linked study tested colloidal silver against six well-known, disease-causing microbes, plus one relatively non-pathogenic microbe known as Bacillus subtilis.

The researchers don't explain why they included Bacillus subtilis among the bacteria tested, as it is generally considered to be a benign microbe except in cases of immuno-compromised individuals.

While Bacillus subtilis has been implicated in rare cases of eye infection, meningitis and bacteremia, as well as some cases of nosocomial infection (i.e., of surgical wounds in hospitals), it's actually a common soil bacteria that's considered to be ubiquitous in the environment, and generally harmless.

However, the unusual hardiness of this microbe may have been the reason it was included in the study, as it is considered to be very difficult to kill.

You see, although relatively harmless, Bacillus subtilis has also been used as a “simulant” in germ warfare studies for its first cousin, Bacillus anthracis – the deadly anthrax pathogen.

“Like anthrax, Bacillus subtilis has the capability to become dormant. It does this by producing endospores – a kind of armour plating, which makes it impervious to temperature variations, desiccation, ultra-violet light, starvation and some disinfectants.”

Apparently, it’s the formation of these endospores that gives Bacillus subtilis its unusual resistance to toxic chemicals and physical agents, including common disinfectants.

Demonstrating that colloidal silver easily stops Bacillus subtils in its tracks is essentially the equivalent of demonstrating that it can also stop anthrax or other serious and difficult-to-kill pathogens, as well.

Indeed, in the book The Hot Zone, author Richard Preston tells the true story of how the U.S. Army stopped a deadly Ebola outbreak at a research facility using formaldehyde gas.  Not wanting to risk lives testing for the presence of Ebola, they first inoculated the facility with Bacillus subtilis, knowing how extremely difficult it is to kill.

After releasing the formaldehyde gas into the facility for three days, they then tested for signs of live Bacillus subtilis, and found none.  Therefore, they concluded, the deadly Ebola was gone, too.  And of course, it was.

Now, researchers have demonstrated that colloidal silver – even in very small concentrations -- is also effective against Bacillus subtilis.

You can learn more about the use of colloidal silver for deadly germ warfare pathogens in my previous article, Colloidal Silver and Biological Warfare.

According to the researchers, concentrations as low as 2-4 ppm demonstrated "pronounced antibacterial effect" against the seven pathogens tested.

The researchers concluded that, "all seven tested microorganisms were completely inhibited at the concentration of 2-4 μg/ml of nano silver.” (That’s a mere 2 to 4 ppm colloidal silver.)

While these were admittedly test tube studies, and not human studies, this research demonstrates the fact that very low concentrations of colloidal silver are indeed able to kill some of today’s most prevalent and serious disease-causing pathogens, as well as one of the most extremely hardy and difficult-to-kill of all microbes, Bacillus subtilis.

Colloidal silver’s astonishing and clinically proven ability to destroy these well-known disease-causing pathogens at very low concentrations should be headline news around the world.

But thanks to Big Pharma’s government-enforced lock on prescription antibiotic drugs, you’ve probably never heard a peep about this study, or about any of the other dozens of clinical studies on colloidal silver that have amply demonstrated its undeniable infection-fighting benefits.

According to the Committee to Reduce Infection Deaths, the rate of infections striking Americans in hospitals alone is now astronomical:

“The CDC claims that 1.7 million people contract infections in U.S. hospitals each year. In fact, the truth is several times that number.

The proof is in the data. One of the fastest growing infections is methicillin-resistant Staphylococcus aureus (MRSA), a superbug that doesn’t respond to most antibiotics.

By June, 2007, 2.4 percent of all patients had MRSA infections, according to the largest study of its kind, which was published in the American Journal of Infection Control. That would mean 880,000 victims a year.

That’s from one superbug. Imagine the number of infections from bacteria of all kinds.”

I might add, imagine the number of infections if you included those that have taken place outside of the hospital environment, as well as inside.

We are talking staggering numbers of annual infections that would make your head spin.

So you’d think that medical authorities would be screaming from the rooftops about the studies demonstrating colloidal silver to be effective against E. coli, Staphylococcus aureus, Candida albicans, Salmonella typhimurium, Pseudomonas aeruginosa and Klebsiela pneumonia.

After all, these six pathogens cause some of the most serious and commonly acquired of all infections, costing hundreds of billions of dollars per year in health care and leaving tens of thousands of people dead in their wakes.

But you won’t hear a word on the nightly news about the clinically proven ability of colloidal silver to kill these pathogens.  And that means you have to educate yourself.

Here’s links to a handful of short articles on colloidal silver and its proven ability to decimate the six disease-causing pathogens discussed above:


It’s up to you to educate yourself about the remarkable infection-fighting qualities of colloidal silver against some of today’s most common and potentially deadly pathogens.  No one is going to do it for you.

How People Use Colloidal Silver

To learn more about how people just like you are already using colloidal silver successfully to help keep their families safe and infection-free, be sure to read the colloidal silver testimonials page at TheSilverEdge.com website.

…canker sores, insomnia, depression, dandruff, psoriasis, infectious peritonitis, antibiotic-resistant pneumonia, and yes, way more than I could list in such a short article!

And if you’re already convinced that colloidal silver should be an important part of your natural health arsenal against infection and disease, then be sure to learn how to make your own high-quality colloidal silver, in the comfort and privacy of your own home, for less than 36 cents a quart.  Just click the link in this paragraph.

Meanwhile, I’ll be back next week with another great article on colloidal silver…