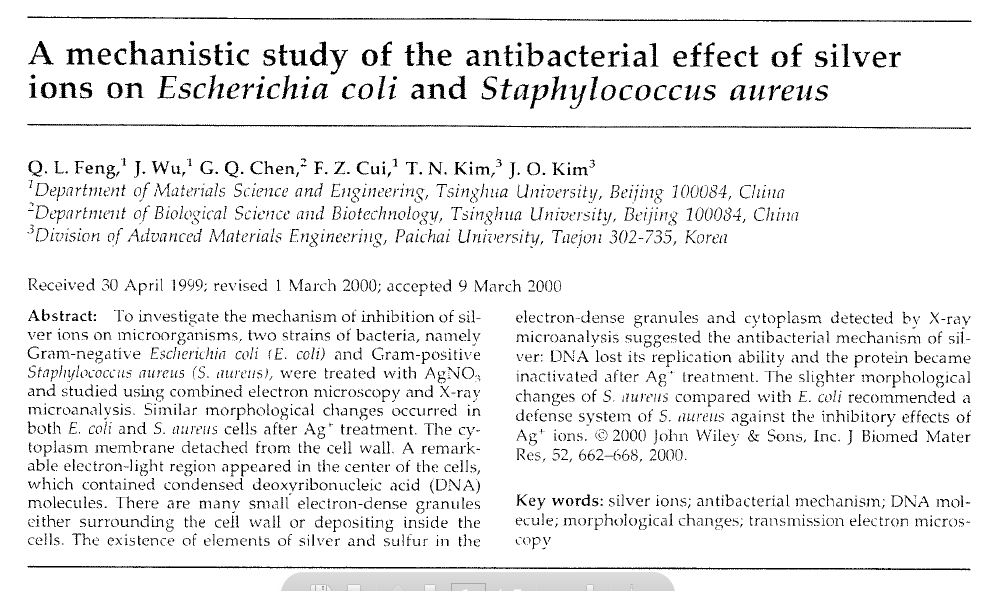 It's been hypothesized for decades that there are basically three ways colloidal silver stops pathogens from causing infections.

You can read about those three ways here.

Modern research has demonstrated that these hypotheses are basically correct.

No replication, no colonization. No colonization, no infection.
Here's in part what the study states:
“Silver ions have long been known to have strong inhibitory and bactericidal effects as well as a broad spectrum of antimicrobial activities.

Some forms of silver have been demonstrated to be effective against burns, severe chronic osteomyelitis, urinary tract infections, and central venous catheter infections…

Similar morphological changes occurred in both E. coli and S. aureus cells after Ag+ treatment. The cytoplasm membrane detached from the cell wall. A remarkable electron-light region appeared in the center of the cells, which contained condensed deoxyribonucleic acid (DNA) molecules. There are many small electron-dense granules either surrounding the cell wall, or depositing inside the cells.

The existence of elements of silver and sulfur in the electron-dense granules and cytoplasm detected by X-ray microanalysis suggested the antibacterial mechanism of silver:
DNA lost its replication ability and the protein became inactivated after Ag+ treatment.”

Posted by Steve Barwick at 9:56 PM