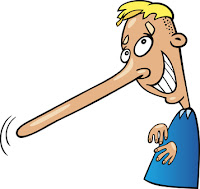 Hi Steve, it's Jami again with another question about colloidal silver. I bought my machine from a company called End Times Press, and it is a battery operated unit. I saw on thesilveredge that you talked about how these models are like "mudmakers" I was wondering if I have a good machine or not. In the directions it says that a 15 minute solution makes an range of 25 parts per million. What does that mean? Is that good or not? Any advice is appreciated. Thank you.

Jami, at that fast rate of production (i.e., 25 ppm in only 15 minutes), I'm going to assume they are either having you add sea salt to the solution during the colloidal silver-making process, or they are having you use tap water or mineral water to make your colloidal silver.

(If not, then they are not being honest with you about the ppm, because there's no way to make 25 ppm in 15 minutes without adding something like saline solution to the water to act as an electrolyte, or using tap water or spring water than already has lots of mineral electrolytes in it.)

Making colloidal silver like that is probably not a good idea. Lots of colloidal silver vendors used to do that, but the solution can end up too highly concentrated, and if you take too much you can end up with gray pigmented skin from the excess silver depositing in your tissues.

Just to give you an example, with the Micro-Particle Colloidal Silver Generator from The Silver Edge, it takes a full 3 hours to get a 7-10 ppm colloidal silver solution. Only pure steam-distilled water is used, with no salt or other additives. And very low voltage and micro-amperage is used, so that the silver particles "trickle" off the silver rods very slowly, rather than being "blown" off the silver rods quickly, which results in overly high concentrations and excessively large silver particles.

The old "Beck style" battery operated units are fine for emergencies such as when there's a power outage, or nothing else is available. And they're fine for making colloidal silver to treat topical issues (cuts, burns, scrapes, etc.), or for making it to spray around kitchens or bathrooms, or on kitchen cutting boards, or anywhere you might have a mold or mildew problem or be worried about germs accumulating.

But for routine internal consumption they're not that great. Or perhaps to state it more accurately, there's a lot better methods of making colloidal silver out there now, which make a lot more high-quality colloidal silver solutions.

If you read the home page of The Silver Edge web site (www.TheSilverEdge.com) you'll learn more about why we switched to the much slower method of producing colloidal silver as exemplified by the Micro-Particle Colloidal Silver Generator. It's so much easier to control the particle size and the concentration. And the tiny silver micro-particles are much easier for the body to ingest, utilize and excrete after they've been utilized.

Thank you for your advice. So, with all that you said, I was wondering if it is a bad thing to consume the colloidal silver made this way when a person is feeling sick, for the period of time when they are sick? because that has been the only time that I have been giving it to my family and I. Otherwise, i do just use it topically as you were saying.I know that you're not a doctor, but I also know that you do have experience in this matter, and trust your judgement. And the only reason I'm asking so much about it, is so that i can make an accurate decision for my family and I. Thank you.

As I mentioned, Jami, I'd be leery of using it for routine internal consumption. You'll have to decide for yourself whether or not you want to use it occassionally. The bottom line is that most experts agree that colloidal silver usage can be problematic if excessively high amounts, overly high concentrations or improperly made batches are used for long periods of time.

Thank you for all your advice. I really appreciate it.

There's really no comparison between Meso-Silver and Micro-Particle Colloidal Silver.

Meso-Silver is particulate silver, which to be effective has to release silver ions.

On the other hand, Micro-particle colloidal silver is chiefly composed of pure silver ions.

Silver ions of course are the active biocidal "specie" of silver. Silver ions are what give silver its antimicrobial qualities.

The debate over particulate silver v/s ionic silver has raged for a number of years now, thanks largely to the spurious claims of the people behind Meso-Silver who claim only their brand of colloidal silver is "true" colloidal silver.

Here are some links to articles on this topic that you might find helpful:

Experts: It's the Silver ION that Gives Silver It's Antimicrobial Qualities
http://www.thesilveredge.com/experts2.shtml