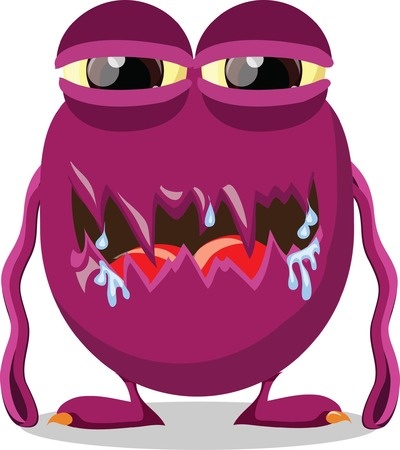 Of course, that was previous to 1940.  And in truth, only certain sub-species of those eight pathogens have been demonstrated to be silver-resistant in clinical studies, and as I’ve pointed out above, some of those studies demonstrating “silver-resistance” are highly suspect, at best.
At this point in time (2014) there are now said to be some 20 different pathogens (out of the 20,000 catalogued pathogens) that have been demonstrated in clinical studies to “exhibit various degrees of resistance to the bactericidal effects of silver-based drugs.”
But “various degrees of resistance” is not the same as actual silver-resistance.  It just means that in many cases, higher doses or stronger forms of silver would do the trick.
For a more complete overview of the issue of silver-resistant microbes – including a list of the 20 bacterial sub-species that are said to “exhibit various degrees of resistance to silver” -- you might want to read my earlier and much longer article “Can Pathogens Develop Resistance to Antimicrobial Silver?” at this link:
Make Your Own High-Quality Colloidal Silver
Making your own high-quality, electrically-generated colloidal silver is one good way to make sure you have the most effective colloidal silver solution possible.
Many commercial brands of colloidal silver are adulterated; one study demonstrated that only about 43% of bottled colloidal silver products tested actually contained the concentration of microscopic silver particles listed on the label.
Some colloidal silver products contained no silver particles at all!
In other cases, the silver particles in the commercial solutions have proven to be so large, they’re extremely difficult for the body to absorb, assimilate, distribute and afterwards excrete.
And in other cases, the potency of the colloidal silver solution has been demonstrated to be extremely weak because the solution had been sitting on store shelves for so long the silver particles were beginning to precipitate out of suspension and fall to the bottom of the bottle!
But when you make your own colloidal silver with a high-quality Micro-Particle Colloidal Silver Generator from TheSilverEdge.com:
·       You get fresh, pure batches every time!
·       You control the strength and potency!
·       You get uncommonly small, completely bioavailable silver particles as low as .8 nm -- a fraction of a single nanometer!
·       No hidden fillers, dyes, protein or gelatin coatings or other additives, just fresh, pure colloidal silver!
·       You get the superior ionic form of colloidal silver!
·       You can make it fresh, whenever you need it for maximum potency!
·       Your total cost is under 36 cents a quart, compared to health food store prices of up to $30 for a tiny, 4-ounce bottle!
To learn more about making and using colloidal silver with a high-quality Micro-Particle Colloidal Silver Generator, just click the link in this sentence.
Or watch some of the short colloidal silver videos at the link in this sentence.
And don’t forget, I’ll be back next week with another eye-opening article on colloidal silver.  So be sure to stay tuned…
Yours for the safe, sane and responsible use of colloidal silver,