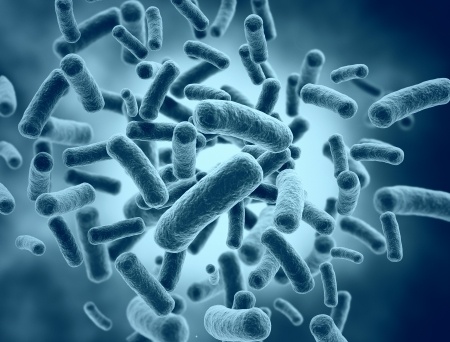 Is colloidal silver effective against the latest antibiotic-resistant superpathogen called CRKP, which is proving to be even more deadly than MRSA? I’ve got some good news and some bad news for you…

A spate of recent news articles have documented the rise of a new antibiotic-resistant superpathogen known as CRKP, which stands for Carbapenem Resistant Klebsiella pneumoniae.

Klebsiella are pathogens that generally infect the urinary tract, blood and tissues.

Unfortunately, some strains of Klebsiella have already been demonstrated to be resistant to all of the usual antibiotic drugs that were once effective against them.

Later in 2010, researchers found the drug-resistant bugs had migrated to western Europe by hitching a ride with tourists returning from South Asia.

Today, less than a year later, CRKP is being found in as many as 36 states, with numerous cases being reported in southern California hospitals where researchers say the infection rate is now “unexpectedly high.”

Indeed, as of March 2011, 356 cases have already been found in Los Angeles area hospitals alone!

The CRKP form of Klebsiela pneumonia came out of the blue so quickly, cutting edge researchers haven’t had a chance to study whether or not silver-based antimicrobials such as colloidal silver are effective against it.

However, previous clinical research demonstrates both good news and bad.

The good news is this: Generally speaking, based on clinical studies, silver-based antimicrobials are highly effective against many strains of Klebsiella pneumoniae, including forms that are often resistant to Big Pharma’s antibiotic drugs.

But the bad news is this: At least one sub-species of Klebsiella has been demonstrated in laboratory studies to become resistant to silver after repeated exposure to it.

This could mean that over time even silver-based antimicrobials might – and I must emphasize the word might – lose their effectiveness against the Klebsiella pathogens. Here’s why I emphasize “might”:

What researchers did was expose a test tube colony of the Klebsiella pathogen grown in a saline nutrient broth, to small amounts of silver -- just enough to kill off the weaker pathogens in the colony.

Then they repeated the process, each time adding a tiny bit more silver than the last. By the time they did this multiple times (11 separate times in the study I read, going by memory), the remaining pathogens appeared to be silver-resistant.

This was a test-tube study, of course. But it nevertheless demonstrated the possibility that a subspecies of Klebsiella can actually become silver-resistant under the right conditions of repeated exposure to a silver-based product.

But, that’s not the whole story. While this particular strain of Klebsiella appeared to become resistant to silver, its ability to infect people was nevertheless destroyed!

Here’s what researcher L.K. Gupta, from the Department of Microbiology, Panjab University, India stated regarding the silver-resistance developed by a sub-species of Klebsiella, writing in medical journal Folia Microbiologica:

"A silver-resistant mutant of Klebsiella pneumoniae B-5 was produced by passaging in nutrient broth containing graded concentrations of silver nitrate up to 150 ppm.

The development of silver resistance in the strain resulted in rough colonies, decrease in cell size, carbohydrate content and change in klebocin pattern.

The virulence of the AgR strain as checked by the burn wound model decreased as the mutant could not establish itself in the skin and spleen of the animals and the organism was cleared more efficiently by human lymphocytes than the parent AgS strain."

In other words, using the B-5 strain of Klebsiella, the researchers were able produce a strain that was resistant to a silver-based antimicrobial (silver nitrate).

However, the silver-resistant strain they developed suffered from a significantly reduced cell size, and was considerably weaker in virulence (i.e., ability to cause infection) than the parent strain.

Indeed, the silver-resistant strain, though alive, could no longer establish functional infectivity in the skin and spleen of animals used in the research.

And the body’s natural immune system processes readily cleared the microbe, indicating it had been so weakened by the repeated exposure to silver that it was no longer a significant threat.

Thanks to the silver, even the pathogens that didn’t die during exposure to silver still lost their functional infectivity!

And there’s even more good news:

Before medical science discovered the new CRKP form of Klebsiella, clinical research had found that a whopping 75% of antibiotic-resistant strains of Klebsiella are stopped cold by silver-based antimicrobials!

“Multidrug-resistant (MDR) clinical isolates of Klebsiella pneumoniae were checked for their sensitivity toward silver nitrate by the tube-dilution method. Nearly 75% of MDR strains could be successfully inhibited by 5 mg/L of silver nitrate.”

In other words, the vast majority of the strains of this potentially deadly pathogen that are no longer killed by the usual prescription antibiotic drugs have been shown to be inhibited by…(drum roll, please)…antimicrobial silver!

The fact that silver-based antimicrobials are effective against so many drug-resistant strains of the Klebsiella pathogen is truly good news, indeed.

However, I have to re-emphasize that as of this writing, researchers have not clinically tested the CRKP form of Klebsiella pneumoniae to see whether or not silver-based antimicrobials are effective against it.

Hopefully, medical researchers will take note of the clinical studies mentioned above, and begin immediate research to determine whether or not silver-based antimicrobials are as effective against CRKP as they have been demonstrated to be against other multi-drug resistant forms of the Klebsiella pathogen.

I’ll report further on this topic as new developments arise.

Important Note and Disclaimer: The contents of this article have not been evaluated by the Food and Drug Administration. Information conveyed herein is from sources deemed to be accurate and reliable, but no guarantee can be made in regards to the accuracy and reliability thereof. The author, Steve Barwick, is a natural health journalist with over 30 years of experience writing professionally about natural health topics. He is not a doctor. Therefore, nothing stated in this article should be construed as prescriptive in nature, nor is any part of this article meant to be considered a substitute for professional medical advice. Nothing reported herein is intended to diagnose, treat, cure or prevent any disease. The author is simply reporting in journalistic fashion what he has learned during the past 17 years of journalistic research into colloidal silver and its usage. Therefore, the information and data presented should be considered for informational purposes only, and approached with caution. Readers should verify for themselves, and to their own satisfaction, from other knowledgeable sources such as their doctor, the accuracy and reliability of all reports, ideas, conclusions, comments and opinions stated herein. All important health care decisions should be made under the guidance and direction of a legitimate, knowledgeable and experienced health care professional. Readers are solely responsible for their choices. The author and publisher disclaim responsibility or liability for any loss or hardship that may be incurred as a result of the use or application of any information included in this article.
Posted by Steve Barwick at 11:12 PM

on other researches I found, CS blocks one enzyme, which enables the metabolism of the germ (kalium-sodium exchange). So the germ usually dies by hunger.

I think they stopped the experiment to early. The very weak Klebsiella B-5 had been on the way to die. So, as we know by Bob Beck, you have to treat minimum for 21 days to be finally succesfull. As well, i think, they would be much more successful with colloidale silver than with the used silver nitrate.

If they dont know the real function, they make the experiments in the wrong way and get wrong results. And - unfortunately announce wrong ideas about resistence of any bacteria

Really interesting article here. I’ve got a 7lb older cat with klebsiella in here urinary tract. My Vet used many antibiotics and the results are negative.
Can I use Colloidal Silver?
How may drops per day and for how many days? And what type of Colloidal Silver, that is parts per million?
Any ideas on that?

I'm not a veterinarian so I can't give specific advice. But many times in the past when my cats have had infections, I've given them three or four eyedroppers full of 10 ppm colloidal silver orally throughout the day, for as long as a week, and have also added a couple of ounces of the same strength to their water bowl. If I have trouble getting them to drink it orally, I'll mix some in with their wet food at each meal, for a week or so until the situation clears up. See the article "Pets and Colloidal Silver" at this link: http://colloidalsilversecrets.blogspot.com/2008/02/pets-and-colloidal-silver.html