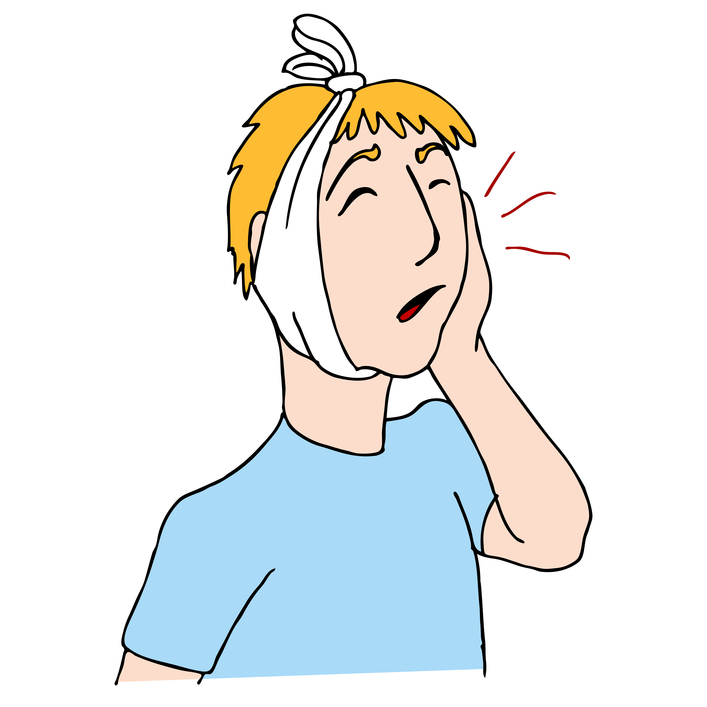 Colloidal silver is considered by many users to be one of the simplest and most effective all-natural remedies in existence for healing infected teeth and gums. Here’s the evidence…

Whenever I've had an infected tooth or infected gums, I've had the best results getting rid of the infection by using this simple 3-step protocol:


Step #1.) I use a small mouthful of 10 ppm colloidal silver to brush over the infected area thoroughly, if it's not too painful. The idea is to use the brush to work colloidal silver all around the tooth and surrounding gums.


If it’s strictly a gum infection, I use the toothbrush to brush over the infected area of the gum rather forcefully with colloidal silver in order to force any bacteria out. It will usually bleed a bit, but the next step takes care of that problem, in my experience.


I end by spitting out the colloidal silver and then rinsing for 15 or 20 seconds with another mouthful. (Again, if the infected area is too painful, I skip this step entirely and go straight to step two.)


Step #2.) Directly after brushing with colloidal silver, and rinsing, I then hold a fresh mouthful of the colloidal silver in my mouth for as long as I can, i.e., at least 7-10 minutes.


I just alternate between swishing the colloidal silver around from time to time, and then holding it directly over the infected area.


Step #3.) If the infection is a particularly nasty one, I generally also increase my oral dosage of colloidal silver to anywhere from four to eight ounces a day, in divided doses throughout the day (i.e., several ounces in the morning, several in the afternoon, and several in the evening) but only for a few days until the problem is resolved.


Usually, in my personal experience, after only three days of following the above protocol my tooth or gum infection is gone. Everything is back to normal.


I generally follow up for at least a few more days by taking somewhat lower oral dosages of colloidal silver (i.e., several ounces a day), as well as by rinsing my teeth and gums thoroughly with colloidal silver several times a day after brushing.


By following this simple protocol I’ve saved thousands of dollars in dentist bills over the past 16 years. And it has saved me from having to take expensive prescription antibiotic drugs, to boot!


Here’s a testimonial from a Micro-Particle Colloidal Silver Generator user, whose husband followed a similar protocol:


“My second story involves my husband. He is quite a skeptic regarding colloidal silver. But he was having a terrible toothache and absolutely hates going to the dentist (a childhood fear).


So I suggested that he take an ounce of full strength silver into his mouth and keep it on the tooth as as long as he could (at least 2 minutes). He did this as well as “swished” it around. He started doing this every couple of hours and would then spit it out.


After a couple of days he noticed less pain and little by little he lessened the times he used the silver down to three times a day.

It took about one month but the pain completely subsided and it did not reoccur and he did not even have to go to the dentist.


He is now a “silver” believer! Daily, usually before bed, he will take 1 ounce of colloidal silver into his mouth and swishes it around and then swallows it (for maintenance).

Any time either of us get an irritation in the mouth, be it an accidentally bitten cheek or tongue, or sore gum, colloidal silver is what we reach for.”


Here’s another testimonial from a Micro-Particle Colloidal Silver Generator user:


“Since I have been spraying my gums after brushing my teeth, my gums have improved greatly.


I get regular dental care, brush regularly, but do not floss as much as I should.


My dental hygienist was amazed at the improvement in my gum's health. I had a gap at the back of a crown, and my gums have 'grown' back enough to cover the gap completely!

I use this micro-particle colloidal silver on everything and anything. I KNOW it is perfectly safe, so I feel confident to recommend it to everyone.”


And here’s another real-life testimonial, short and to the point:


“I started getting an abscessed tooth, rinsed with the colloidal silver water 2 x day, 3 days was cleared up.”


“A lady I work with had a daughter that had some major gum disease (to the tune of over $6000 of her Mom's money in dental bills).


The daughter kept getting infection, maybe partially due to bad dental habits and the failure of the medicines given.

I told her about colloidal silver and had her do some reading of it, offering her some of the liquid if she then decided to try it.


About a week later she asked for some and her daughter's mouth has now pretty much cleared up from the infection.


She simply took some twice a day, holding it in her mouth for several minutes.”


I had (and still have) a back tooth that I cracked some years ago. Food particles would get in there and create my bad breath.


Having a fear of the dentist, I just couldn't get myself to get it fixed and the reality was, it was just getting worse and it was starting to hurt.


Since using the colloidal silver the pain has gone away, the bad breath has gone away. Unfortunately the tooth is still there, but with no pain or bacteria to give me bad breath.


I know eventually I will have to go get it repaired, but in the mean time, I will ALWAYS be a faithful user of Colloidal Silver.”


And here’s another one:


“When I had periodontal disease I would use a 20 ppm to 30 ppm colloidal silver solution in my water pick twice a day for about a week. It would usually stop the bleeding gums in 2 or 3 days.”
-- P.H., Moreno Valley, CA


“My friend told me about Colloidal Silver and how he made it himself with your silver generator.


I was very skeptical to say the least. Actually I did not believe him. This was several years ago, and it sounded too good to be true.

However, I had a dry socket in my mouth after having a tooth pulled. An infection set in and nothing was working. The pain was horrifying.


My friend brought me some of the colloidal silver. I put in my mouth and let it stay for a few moments and spit it out. Within 30 minutes my fever was gone and so was the pain.


I put drops from a syringe directly onto the tooth every 20 minutes for 2 hours and never looked back. I was now a believer in Colloidal Silver.”


The Toothache Disappeared After Using Colloidal Silver in Mouth 3X a Day!


“My wife June and I purchased a Micro-Particle Colloidal Silver Generator after she read an article in a Silver Edge publication.


Some time back June had a toothache and held an ounce of the solution in her cheek on the side that hurt, three times a day. The toothache disappeared.”


My Mom is 85 years old...she’s been losing her teeth and had very sore gums...again antibiotics never worked long term.


I give her CS three times a day and tell her to swish it around her mouth and hold it in her mouth for as long as she can.


It has worked miracles for her! I am so grateful for this product. I have a hundred other stories from friends and family....”


“Several years ago I had an infection in my tooth that hurt so bad that I couldn't touch it without pain.


I just used about a teaspoon of silver twice a day. In a day or two the pain had lessened. Not only did the pain go away but I was able to save the tooth.”


(These real-life testimonials were taken with permission from www.ColloidalSilverSuccessStories.com.)


You might want to visit the site and learn more about the safe, successful use of colloidal silver for a variety of illnesses and infections.)


As you can see, people have used micro-particle colloidal silver, made with the new Micro-Particle Colloidal Silver Generator from The Silver Edge, in a lot of different ways to get rid of serious tooth and gum infections.


But the point is, colloidal silver really works for tooth and gum infections!


You may have to experiment a bit in order to find the regimen that works best for you. But ultimately, it will shock and amaze you to see how fast it works and how effective it really is.


I’ve simply re-printed these testimonials from real-life Micro-Particle Colloidal Silver Generator users, because I wanted to give you some ideas…


…and allow you to see for yourself that use of colloidal silver can be one of the best natural methods you’ve ever experienced for getting rid of painful tooth or gum infections!